The low after birth (postpartum depression)

Numerous women do not experience the exuberant rush of joy after giving birth that they were promised in advance or expected, but they suffer from postnatal depression (PPD). In the process, they repeatedly encounter prejudice and a complete lack of understanding from relatives, friends, and acquaintances. The image of the happy new mother is too widespread in society.

PPD is distinguished from the so-called “baby blues,” which is a transient depressive mood shortly after birth. This usually sets in 3 to 5 days after birth. Here, the joy of having brought the baby into the world in good health is overshadowed by exhaustion, fatigue, and occasional crying. This condition subsides on its own after a short time without treatment. In the case of postnatal depression, on the other hand, the situation is long-lasting and requires urgent treatment.

In fact, 10-15% of all childbearing women are affected by PPD.

Feelings of sadness or a low mood are considered normal to some degree after pregnancy, as the mother is often faced with losses such as giving up her job or daily habits. In addition, many mothers tend to have (in advance) too high and unrealistic expectations of both themselves and the child, which, however, turn out to be completely different in reality and thus cannot meet the exaggerated expectations.

Contrary to assumptions, postnatal depression does not have to occur immediately after the child’s birth, but mothers can at any time until about two years after a severe depression fall. It is often difficult to recognize, both for the affected person herself and for relatives, because the mothers try out of enormous shame and guilt to maintain the facade of a happy mother as long as possible.

What exactly causes or triggers postnatal depression in mothers varies from woman to woman. The interplay of hormonal changes, biochemical processes in the brain, social influences, and psychological factors make some women more susceptible than others.

Postpartum depression is usually rooted in more than one cause. You can find the most common ones here:

Often, to the affected mothers, their situation seems hopeless, and they fight hard to keep up appearances, which makes the specific diagnosis very difficult. But it is not only the mothers who suffer from the condition. The infant can also develop attachment disorders and behavioral abnormalities as a result of the disturbed mother-child interaction, as well as suffer impaired emotional as well as cognitive development.

The multiple causes require treating therapists and physicians to address the disorder at various levels. The boundaries between symptom and cause are usually unclear, and the severity depends on occupation, daily life, and social environment.

At the private clinic LIMES Schlossklinik, PPD is treated with the help of psychotherapy and, if necessary, additional medication. Patients receive targeted help at LIMES Schlossklinik through behavioral, interpersonal, and depth psychological psychotherapy. Individual and group sessions are also an essential part of the therapy. It is particularly important to the on-site team that the respective mother, in addition to the positive outcome of the cognitive-behavioral depression treatment, is discharged from the treatment and LIMES Schlossklinik with a strengthened relationship with her child.

With new strength back into life – we are here for you! 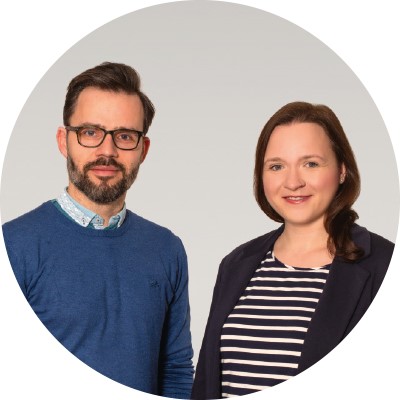