When we hear ADHD (attention deficit hyperactivity disorder), we immediately think of hyperactive and inattentive children. But would we also think of ADHD if an adult told us about problems in their organizational structure, impulsivity and emotional imbalance? Probably not! This is precisely why it is so important to educate people about the condition in adulthood as well and to be able to offer those affected the right help.

Between two and three million adults in Germany are affected by ADHD – and more than half are not even aware of it. Many cannot classify their symptoms and feel misunderstood and helpless for a long time. The following symptoms determine everyday life for those affected:

In addition, sufferers often experience an inner restlessness that makes them feel easily stressed and then causes them to have difficulty fulfilling their duties. Likewise, there may be problems setting goals and systematically implementing them.

The first step: The right diagnosis

The diagnosis of ADHD in adulthood is very complex and can be made by psychiatrists or psychotherapists. Several sessions with the following components are necessary:Examination interviewIn the course of a detailed interview with the affected person, the current symptoms are inquired about and it is checked whether the criteria of ADHD were fulfilled in childhood and adolescence. It can also be useful to consult the descriptions of partners, friends or colleagues.QuestionnairesStandardized questionnaires can also be used to rule out factors such as the use of medication or other substances, as well as to determine whether other mental illnesses could be the cause. There are also questionnaires for relatives.Behavioral observationUnlike in childhood, ADHD sufferers show fewer signs of motor restlessness in adulthood. However, if they have to sit still for a longer period of time, signs of restlessness such as playing with pens or other objects, permanent bobbing with the legs, tapping with the fingers or playing with oneself may be conspicuous.Psychologicaltesting An intelligence test and an examination of a partial performance deficiency such as dyslexia can also be performed. However, these parameters alone do not allow a diagnosis, but can only be used in addition.Physiological examinationFor an ADHD diagnosis, it must last be ensured that the symptoms do not exist due to another physical disease. Diseases such as thyroid disorders, craniocerebral trauma or sleeping sickness may cause similar symptoms. For this, a blood sample is usually useful, as well as imaging (e.g., MRI, CT) or psychophysiological procedures (e.g., EEG). Here, too, it is checked again whether there is any medication or substance abuse.

Why does it come to an illness?

Why people develop ADHD is not completely clear at the current state of research. It is believed that various genetic and environmental factors interact to influence the development of neural circuits and changes in the neurotransmitter system.Genetics. Many studies show that ADHD is one of the mental disorders with the greatest genetic influence. Changes have been observed particularly in the genome, which is responsible for the formation and transmission of the neurotransmitter dopamine.Environmental factors . Social influences such as the family situation, the school or professional environment, and partnerships are not the sole cause of ADHD, but they can have a significant influence on the extent and course of the disorder. In addition, impairments during pregnancy, such as alcohol or nicotine consumption as well as complications during childbirth, can impair brain functions. However, it is assumed here that these factors can have a particular influence if the genetic predisposition is also present as a basis. The different ways in which ADHD develops also explain why not all those affected show the same neurobiological and psychological symptoms. Particularly when the disorder has existed for many years, those affected often develop further problems and symptoms of other mental illnesses.

Do not shy away from support

Depending on how pronounced an ADHD disorder is, it is advisable to seek professional support. Some sufferers manage to acquire strategies for dealing with their disorder on their own, while others have fewer resources and can hardly cope with everyday life. Both a self-help group and psychotherapy can be helpful at this point. In the context of a self-help group, affected persons can gain understanding and support for their symptoms. They can learn good strategies for dealing with their disorder from more experienced people and experience great relief. However, it is important to mention that this option should rather be chosen as a support to a professional therapy in case of a particularly severe impairment. In the course of a psychotherapy, the procedure of behavioral therapy or psychoanalytical therapy can be chosen alternatively. Behavior therapists support patients in overcoming concrete everyday challenges caused by ADHD. Individual goals are set and strategies for dealing with the disorder are learned and implemented step by step. Psychoanalysts, on the other hand, focus on emotional problems and the development of the disorder, as well as conflicts in childhood. In addition to these forms of support, it can be useful in some cases to support the patient with medication. Whether this makes sense also depends again on the degree of impairment. In some cases, it can even be a prerequisite for psychotherapy. Basically, it is important to mention again that ADHD is a disease that can be diagnosed and treated successfully. Which method makes the most sense is completely individual and it can already be facilitating at the beginning to gain knowledge about the disorder and to understand the own symptomatology better.

See strengths instead of challenges!

As has already become clear, those affected by ADHD suffer from various impairments and are repeatedly confronted with challenges in their everyday lives. For this reason, it can be a great opportunity to broaden one’s view somewhat and also to direct it to the strengths that can be drawn from the symptoms of the disorder. Characteristics that are experienced as burdensome on the one hand can just as well be turned into one’s own strength:disorganized -> more composure, living in the momentimpulsiveness -> more spontaneity and flexibilityvolatility -> more enthusiasm and curiositydreaminess -> more creativity, thinking outside the boxstubbornness -> more commitment and determination It is important to find one’s niche in dealing with the disease and to use and utilize the special characteristics well in one’s job as well as in private life. Because even with, or precisely because of an ADHD diagnosis, those affected can lead a fulfilled life. 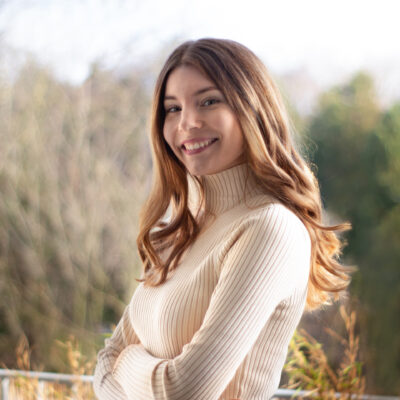